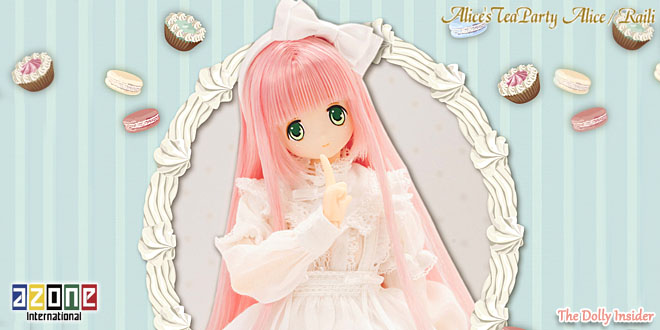 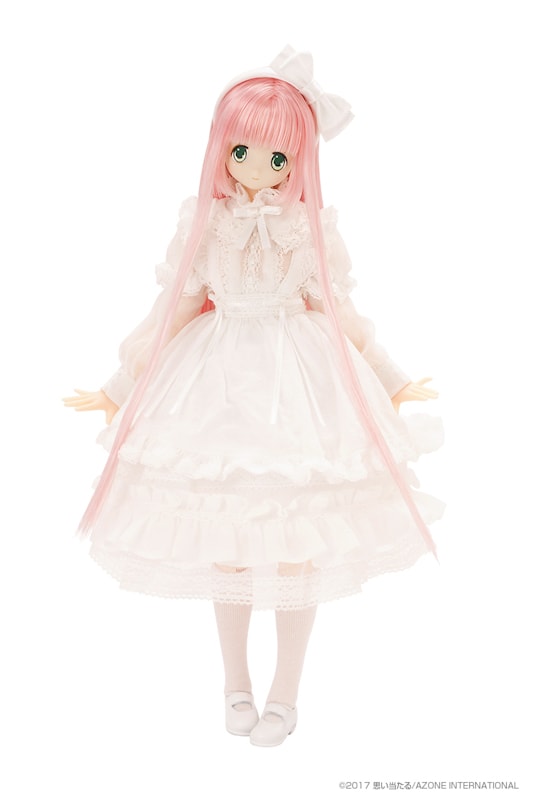 Far far away, in a strange forest,

the White Rabbit and the Mad Hatter’s tea party is about to begin.

“I must hurry, or I’ll be late for the tea party!”

All dressed up, Alice rushes to the tea party.Azone International

Oh, this Raili is soooooooo cute!

Pink hair, cute outfit (though I would like it in a different color) . . . I’m sick from the cuteness overload.

What is Azone trying to do to us?

This is only the 2nd month in the year and they’re making it so hard for us to turn down these delightful girls/boys.

I can’t decide if it’s a Pro or Con that Raili is an exclusive girl?

I want her so bad but maybe it’s a good thing that she’s an exclusive :0

Yet, there’s a part of me that is fuming because she’s only available in Japan.

This is probably a good time as any to practice my deep breathing exercises.

I’m going to need something to get me through this release.

What are your thoughts about Alice’s Tea Party Alice Raili?

Do you likey or no?

And could you answer this question that keeps coming up with each announcement?

How is Azone able to create such heart grabbing, wallet damaging girls/boys?

Their dolls keep getting cuter and cuter with each release.

Leave a comment in the box below. I can’t wait to hear what you think about Raili.

And if you happen to know how Azone is able to increase the cuteness with each release let us know below.

I look forward to chatting with you about Raili.