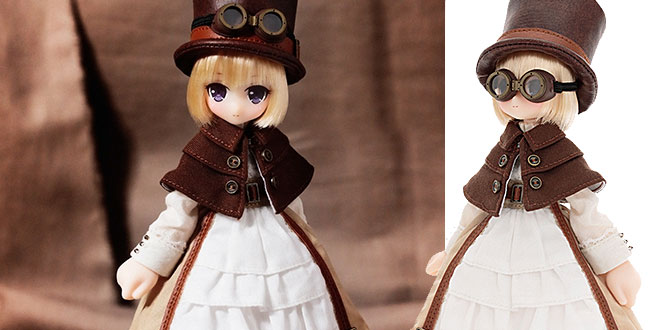 You may remember Lil Fairy Riam and her friend Neilly from Doll Show 44 Fall Final held on September 6, 2015.

Lil Fairy Riam is decked in a Steampunk inspired outfit and she is looking super adorable in it.

Every time I see these lovely Steampunk fairies I get an irresistible urge to make them both mines!

I’m not sure how difficult it will be to add her to your collection, I’m keeping my fingers cross that it’s not too hard (i.e. let’s hope she isn’t an Azone direct store exclusive).

Looks like she’s NOT an Azone direct store exclusive (yes!)

Tell Us Your Thoughts On Lil Fairy Riam

So what do you think about Azone International newest member to the Lil’ Fairy line of dolls, Riam?

Are you planning on adding her to your doll family?

We’d love to hear your thoughts. Leave a comment below 🙂