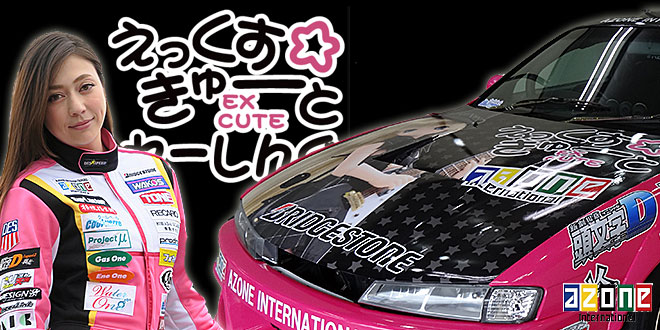 Congratulations to Azone International and the EX-Cute family & friends for their sponsorship of race car driver Nana Tsukamoto.

Azone’s sponsorship is quite an impressive move.

Their involvement in racing reminds me of the motorsport branding/sponsorship that Good Smile Company (GSC) embraced in 2010.

GSC is like the Godfather of awesomeness in my opinion and I love observing them from a business standpoint & now Azone is starting to define their own awesomeness like Good Smile Company.

It’s certainly an exciting time to be in either hobby right now.

I wish Azone International the best of luck in their new endeavor into car racing.

Hopefully, it will inspire beautiful & fantastic EX-Cute racing theme dolls like what team GSC did with Racing Miku. 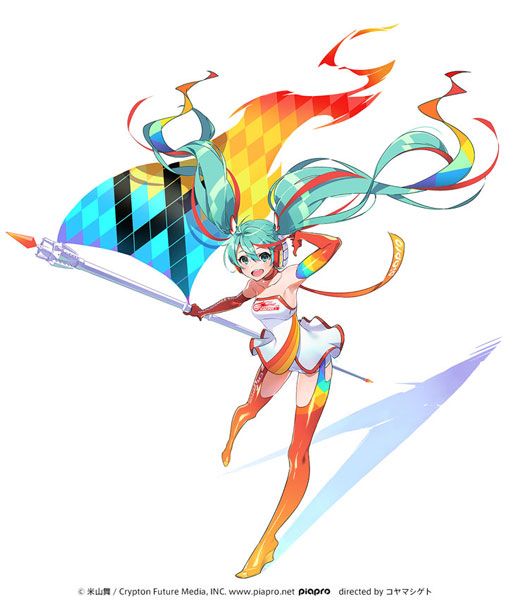 Nana Tsukamoto is a beautiful driver and she reminds me of USA’s Danica Patrick. They’re both attacking the exciting arena of motorsports.

Nana is also the promotional ambassador for the movie, New Initial D.

I really liked the Initial D anime & live action movie. The series had me thinking I could drift on a curve or two but honestly that would never happen. I get antsy at speeds over 60 MPH because higher speeds mean more responsibilities :O

Azone is Excited & Ready to Win

Azone recently created the Ex-Cute Racing Official Blog to keep their fans fired up & excited about the races.

Here’s to Nana Tsukamoto & Azone International, may you race to victory!

You can read the translation of Azone’s Racing Announcement Below:

We thank you so much for your support.

In 2016, our company has been actively working with racing drivers, models, and talents. We also support Nana Tsukamoto.

Her “ex-cute racing” has started!

You can expect a lot of new products and activity in the future.

Has taken part in races such as the GR86 / BRZ Race, D1SL, and the Porsche Carrera Cup.

As a “racing driver who’s too beautiful,” she has been in TV, magazines, and events, and this season she plans to take part in the GR86/BRZ Race, D1SL East West, and lady’s ring.

A sub category of the so called number one drift competition in the world, the D1GP Street Legal (D1S1).

It is set as the gateway to the D1GP, its design is featured in DVDs such as “Drift Paradise Video,” and has many fans.

Nana Tsukamoto took 4th place in the 2015 D1 Ladies Ring series which was held at the same time as the D1SL, and this plans to enter the same ring again as a seed racer.

On top of that, she will make a double entry into the D1 Street Legal East West aiming for a D1GP license.

This weekend (2016/4/16-17) Please support her in the D1 Street Legal opener (North Circuit). Race design will be another day, and will be posted in her “Ex-cute Racing Official Blog.”Azone International

So what do you think about Azone’s latest venture?

What racing theme concepts do you think we’ll see the EX-Cute family & friends as?

Leave a comment in the box below. I look forward to chatting with you.

Oh, and be sure to show your support to Azone International & Nana Tsukamoto by visiting their respective sites. 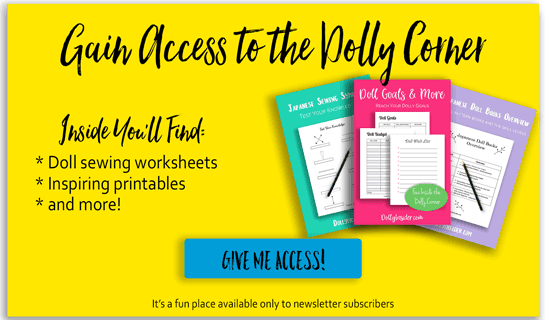