October 2017 PLEX hopes you’ll be their guest in welcoming home a Prince with a beastly secret.

The 3rd Doll Collection is the handsome Beast/Prince Adam from the animated film, Beauty & The Beast.

We first heard about Beauty & The Beast dolls on June 1, 2017 when Groove stated they would display prototypes at Tokyo Toy Show 2017.

Fans were curious about how the designers would create Prince Adam’s beast form, and I’m surprised at the results.

His fluffy headgear is so whimsical and cute.

He reminds me of a Cairn Terrier.

It makes me chuckle every time I look at him.

I had no idea how they would go about designing his beast face but they did a good job capturing the likeness of the beast.

And it’s a wonderful touch that fans have the option of either displaying him as The Beast or as Prince Adam.

The Doll Collection’s Prince Adam’s face is different and unexpected.

The designers captured has unique lips and facial features.

You can expect The Beast October 2017.

As of this writing the Doll Collection series hasn’t made an appearance in shops outside of Japan and there is no info if The Beast will be the same.

You can find The Beast at the following shops 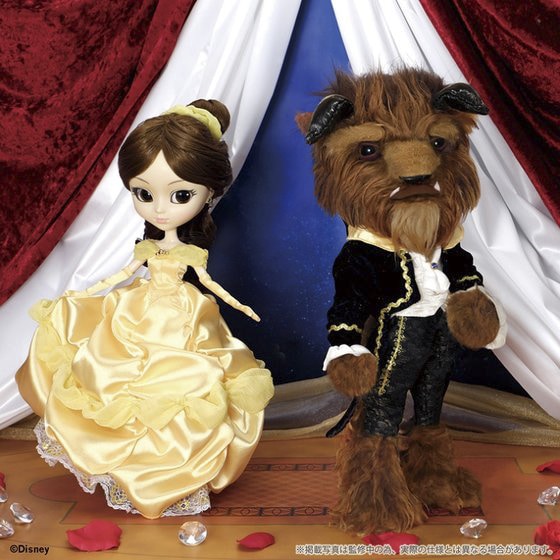 Do you like PLEX’s version of The Beast/Prince Adam?

Since we have our first Prince/boy from the Doll Collection series, do you think we can expect to see more boys in the lineup?

If so, who would you love to see be transform into a 30cm doll?