April 2012 or May for the USA will be the month of the beautiful ballerina named Dal Galla!

What’s the story behind this release?

Order the same doll at eBay!

Don Quixote was originally a novel written by a Spanish novelist named Miguel de Cervantes. It was later turned into a ballet staged in four acts and eight scenes, the ballet continues to be performed today. One of the characters in the ballet is named Kitri. Dal Galla is modeled after her. 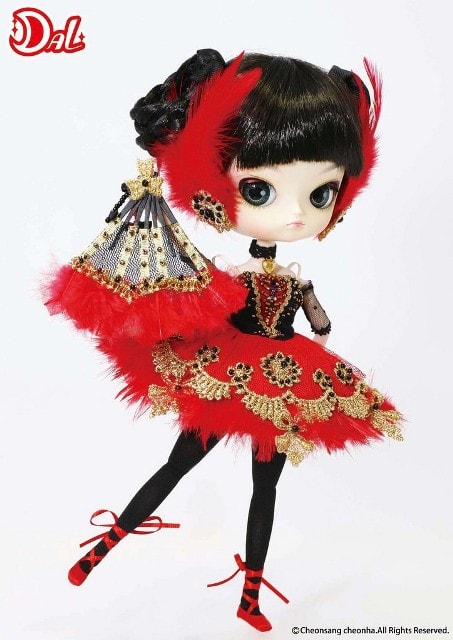 A really like this doll and the whole idea behind it. Galla is really different from what we normally see from Dal’s so I was pleasantly surprised when I saw her!

Her dress is to die for. The gold trimming against the vibrant red tutu skirt contrasting with her black corset, looks amazing. It has a very Spanish influence, I just love everything about her! Her cute little hair buns are extensions and be detached.

I hope they don’t change to much from this prototype, because she looks perfect!

Leave your thoughts and comments below about Galla Dal!