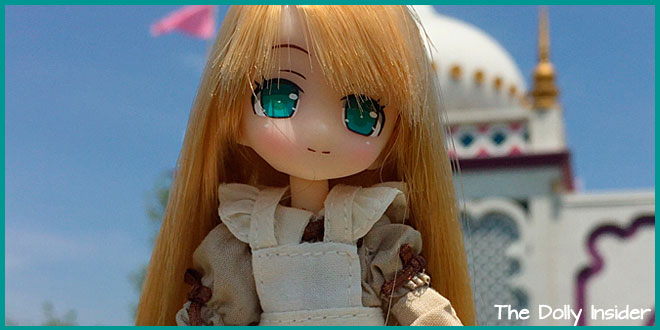 A couple of Sundays again, I went to the Louis Tussaud’s Palace of Wax with my sister and the Lil’ Fairy Harmia (Harmia was constantly begging me to take her outside the house. So I finally gave into her plea).

I also thought it would be fun to photograph Harmia with a few of the wax figures.

Unfortunately, the lighting wasn’t the best inside the building, so I wasn’t able to take a photo of Harmia with the wax figures.

But I did mange to capture fun photos of Harmia outside with a few outdoor Ripley’s Art Garden exhibits & the Palace of Wax building.

It was a great Sunday, Funday!

At least that’s what I thought.

It wasn’t until the following Tuesday night, that I notice Harmia was missing something?

Did you notice what’s missing?

It simply fell off somewhere between photo #3 & photo #4.

I literally took the photos 1 minute apart and in that short time . . .  I lost her hand 🙁 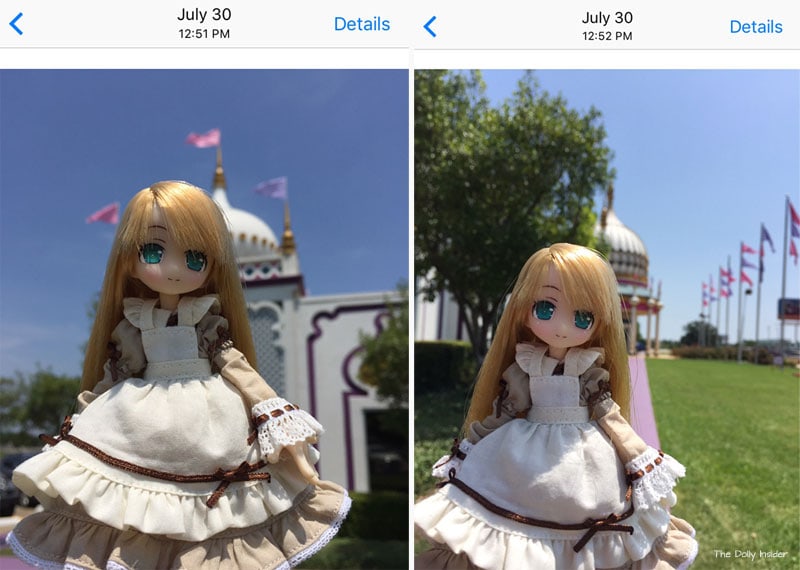 But I thought everything was okay. It was only the left hand.

I have extra Lil’ Fairy hands so all I have to do is attach one to her arm.

But upon closer inspection of Harmia’s arm, I realized something else was missing.

The wrist peg which connects her hand to the lower section of her arm was missing too.

So, on Wednesday morning, during the rain, I trekked back up to the Palace of Wax and combed the grounds looking for her missing hand . . . no luck.

I felt so bad that I had lost Harmia’s precious left hand.

But lucky for me, Harmia is such a wonderful trooper.

She graciously accepted my apology.

And she still looks at me in the same loving way with her big adorable green eyes and tiny grin, as she did before the loss.

I’ve learned so much from my Sunday adventure at the Palace of Wax with Harmia.

Like, before I leave any location with my doll, I will check to ensure I have everything I brought with me.

And I mean everything:

If & when Azone decides to release the Picco neemo D Sister Enhance body, I will certainly snatch up several of them for my Lil’ Fairies.

One to restore Harmia to her previous glory and the others to be backups/replacements.

Have you ever lost a doll part or doll accessory while out on an adventure or on the go with your doll?

If so, how did you handle it?

And what valuable lesson did you learn from that experience?

I look forward to hearing from you.