We are half way though the 2013 Pullip dolls!

In June you can expect to see the Monster Night collection beginning with Dal Lyla.

She is already causing a stir in the dolly community.

If you are looking at this Dal for the first time, do you expect her to arrive with a ghost costume? 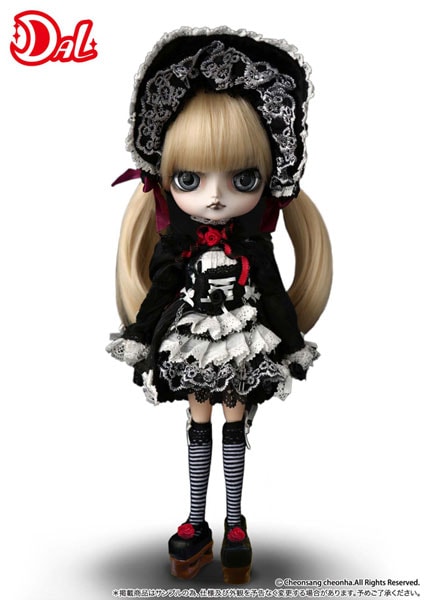 Groove inc decided that this doll must come equipped with a white sheet, that has holes for eyes and a mouth.

Unfortunately for Groove Inc, the white sheet is too pointy at the top which is very similar to what a hate group wears.

I know there is a language and culture barrier but really … to allow such a thing to be uploaded without doing research, even a little research?

Come on, you’ve been in business for 10 years, do a little research!

I find it odd that they would even think about giving this Dal a white pointy cape. She has so much detail.

Why cover her up with a cape???

I could understand if she where a rather plain looking girl, you could totally throw on a cape to make her into a cute ghost. But it looks really cheap in comparison to her powerful and very detailed outfit. It simply looks out of place, GET RID OF IT.

This isn’t the first time for Groove Inc or Ars Gratia Artis to have their share of controversy.

In July 2005, the Pullip named Beressa was to be released, but her outfit and accessories; a German SS resembled uniform and nazi pistol was cancelled.

To Groove Inc or Ars Gratia Artis:
If you ever need someone outside of Japan or Korea to provide feedback or suggestions on prototype dolls, I’m here and willing to help.

Okay, I’m done with my rant for now.

With everything aside, when I first saw Lyla I was not at all impressed with this girl. The illusion of her sunken eyes make her look really sickly and just blaa…yes, I know she is suppose to be a goth “ghost” but I’m really not feeling it.

Her outfit on the other hand is awesome! 🙂 I also like the way they sculpted her lips, it’s a Dal who actually isn’t as pouty.

Dal Icarus
Discover the fun of collecting these dolls here