AmiAmi opened pre-orders for these girls.

AmiAmi and other hobby shops begin accepting pre-orders for these girls. Read all the info here

to get Hello Kikipop. A second pre-order option is coming soon. Get details here

Azone International is releasing a pair of total cuties from the newly launched line titled KIKIPOP!

Get Doll News In Your Inbox. Get the Dolly Insider Newsletter here 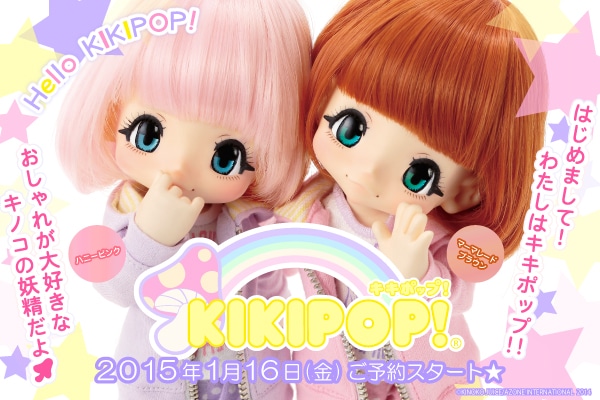 Both girls are scheduled to come out January 2015 with pre-orders opening January 16, 2015.

Also . . . BOTH girls are Azone exclusives T_T ( What a shame, I hope when/if Azone releases another KIKIPOP doll that at least one of them will not be exclusive to Azone)

The following text below was first published on Dec 5, 2014

Looks like the series is called KIKIPOP and will include not 1 but 2 incredibly cute dolls!

I will update this page when more info is available. 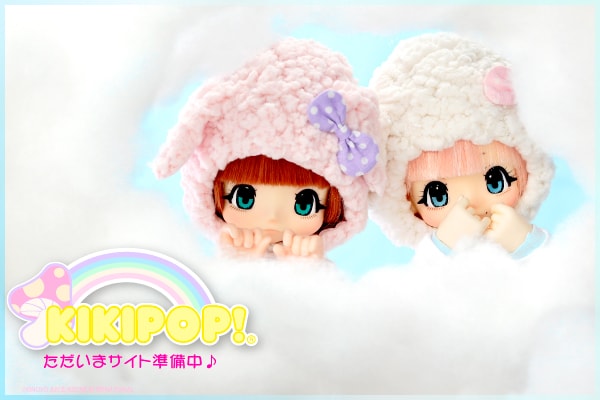 The artist doesn’t ship outside of Japan, so this makes them ultra-ultra rare. ^^

It’s really great that Azone and Kinoko Juice teamed up again to make the Kinoko Juice brand accessible to others at a reasonable price.