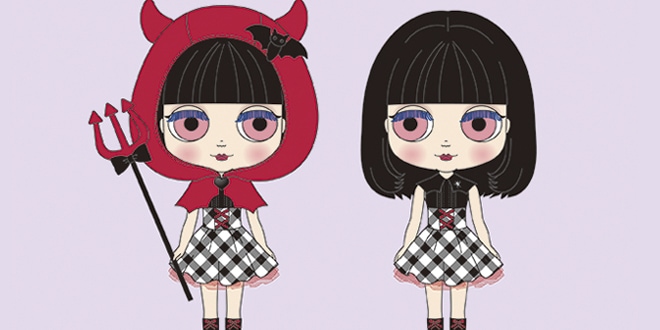 In October 2016 Neo Blythe Devi Delacour was the talk of the Halloween party.

Not wanting to miss out on this year’s party, Middie Blythe Cute Little Dee will make her grand appearance by wearing an equally deviously cute costume.

September 2017 make space in your collection for this spooky little girl.

What a cutie, I always enjoy seeing Blythe’s counterpart Middie Blythe wearing a scaled down version of Blythe’s outfit.

It’s sad that lately we’ve only had a couple Middie Blythe announcements.

It would be nice if she was consistently part of the Blythe release rotation.

But a few Middies are better then none! 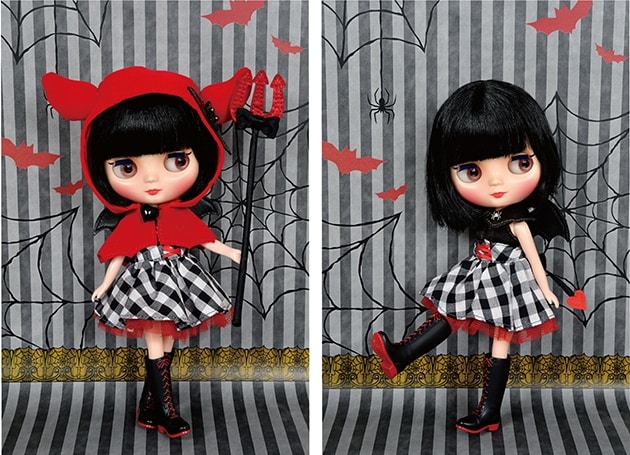 As hard as I try, it’s hard for me to be mean… I look like a devil?

But my heart is as pure as an angel’s!

Who do you think wore it better Middie Blythe or Neo Blythe?

Do you like Middie Blythes and want to see more releases or are you not a fan and don’t mind the lack of releases?

Let us know by leaving a comment in the section below!