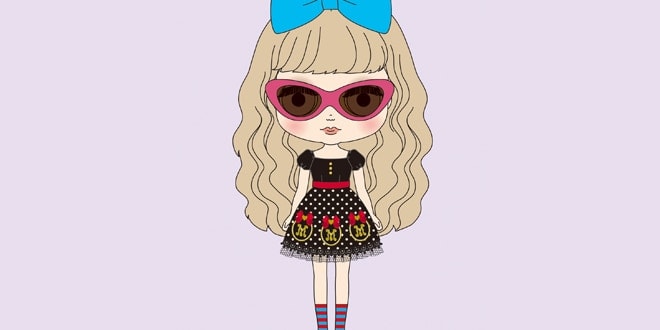 October 2015 Blythe fans will have the opportunity to own a second Odani Miyuki collaboration doll!

This time the cute and oh so mini, Middie Blythe Melanie Ubique Girl will be dressed in Odani Miyuki fashion.

Odani Miyuk is a CWC signed original Blythe artist. and you can also check her out on instgram:@miyuking

The first time Takara Tomy and Odani Miyuki teamed up to create a Blythe doll was in 2012 with the release of the super popular Blythe named Neo Blythe Margo Unique Girl.

Now 3 years later, Middie Blythe gets to join in on the fun!

At this time, it’s unknown if she will be a lottery doll or not.

I really hope International collectors can add her to their collection without going through the hassle of winning her by chance. 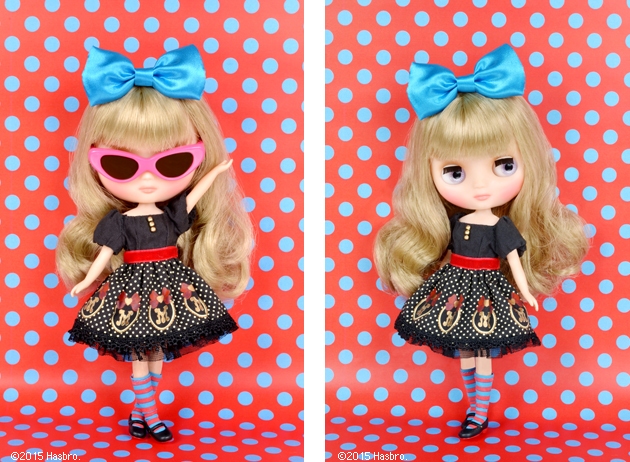 So who wore it better, do you think Middie Blythe Melanie Ubique Girl looks great, or do you think she’s overshadowed by her big sister Neo Blythe Margo Unique Girl? Leave a comment below!