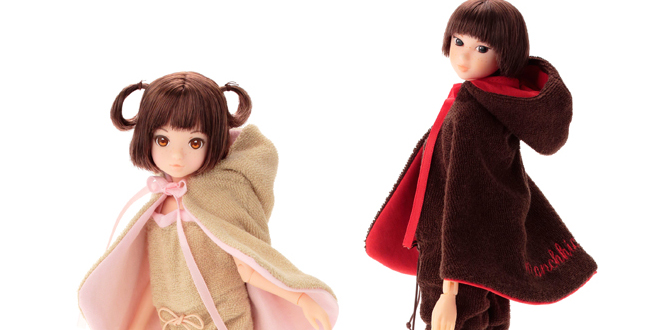 January 2016 Sekiguchi wants you to monkey around and celebrate Monchhichi’s Birthday. 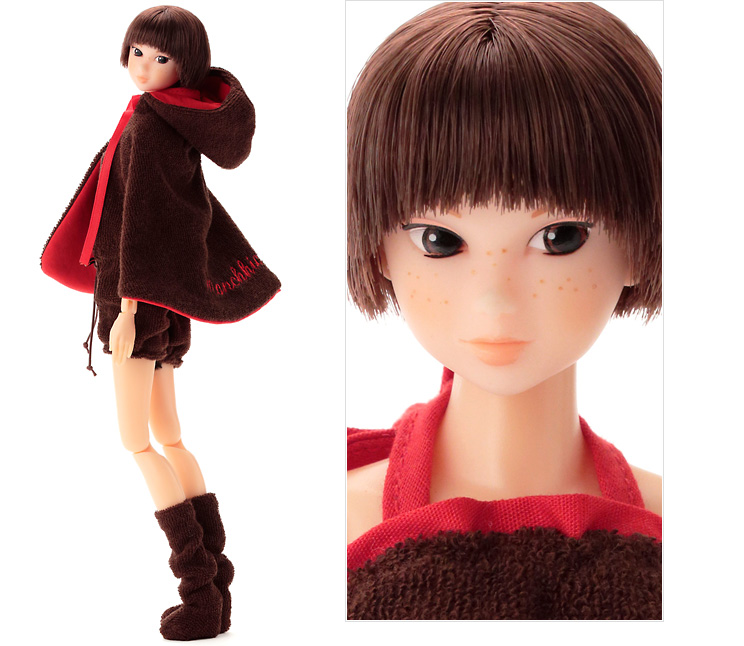 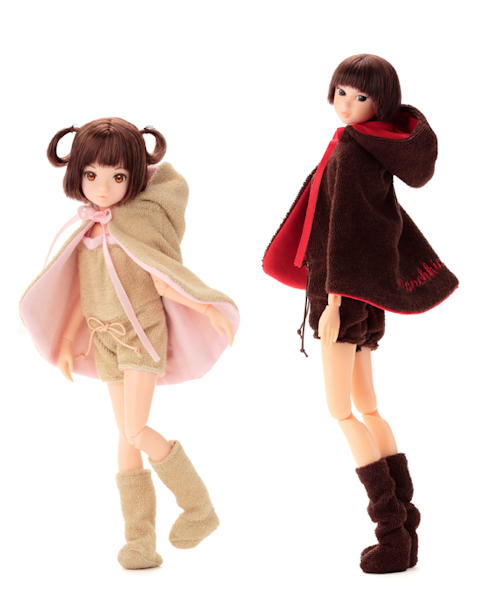 I’m going to be honest with you, when I first saw image of Ruruko in her tan hooded cape, I
thought she was one of those adorable flying squirrels but once I looked in the upper left hand
corner and saw the Bebichhichi logo, and it finally clicked that she was portraying Bebichhichi. xD 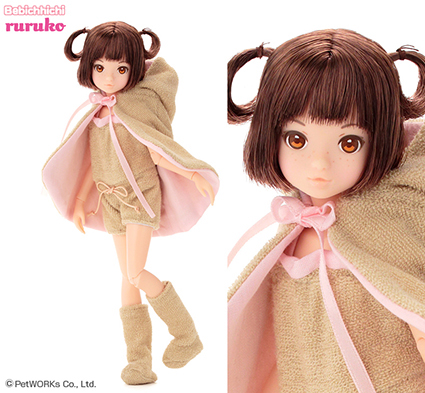 Both girls were created to commemorate Monchhichi and the Monchhichi Birthday event taking place on January 20, 2016.

Sadly the only way to add these girls to your collection is by attending the event or by having a dear friend who lives in Japan pick them up for you.

When I first saw the images of each girl it wasn’t love at first sight but when I saw the photo of them both lying in the bow shaped heart, it was love at second sight! It’s a cute moment. ^^ 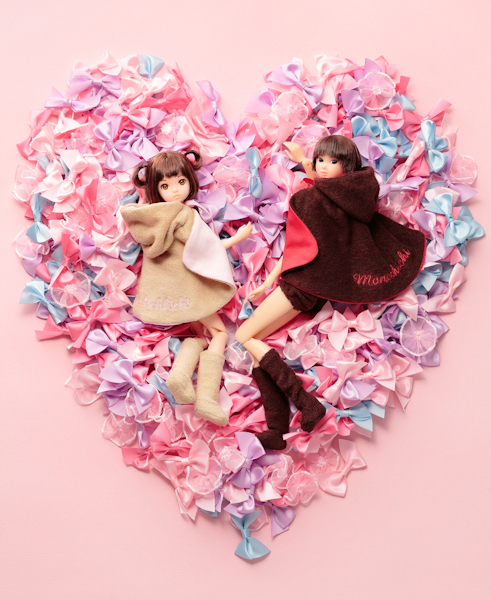 Will you try to score both girls?

If not, which girl will you bring home Wake-UP momoko DOLL WUDsp Monchhichi Hood Cape or Bebichhichi Ruruko Hood Cape?