Nah, just kidding but if Jack Sparrow had daughter, I would imagine she looked something like this latest release from Takara Tomy.

Her adventure and search for gold beings March 2015! 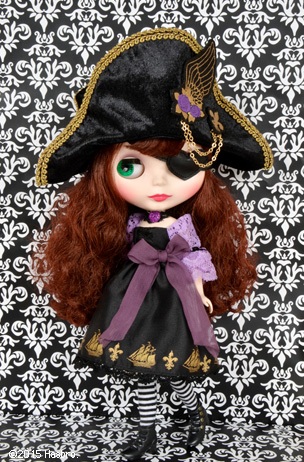 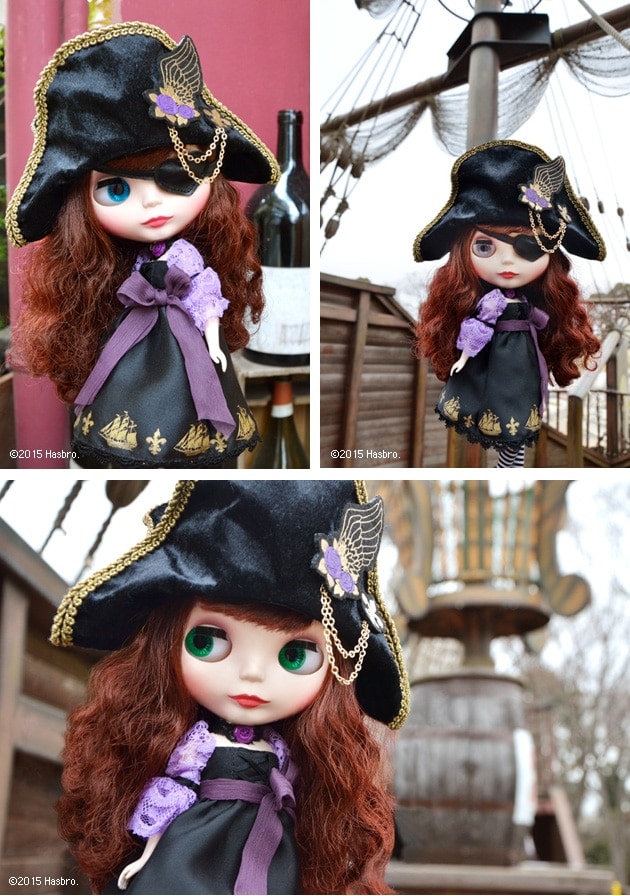 Booooy, her name is a mouth full isn’t it? Salmagundi.

How do you pronounce it and what does it even mean?

According to wiki it means:

The word salmagundi is derived from the French word salmigondis which means disparate assembly of things, ideas or people, forming an incoherent whole.[4] Salmagundi is used figuratively in modern English to mean a mixture or assortment of things.Salmagundi Meaning

Cool, so her name basically means a mixture of ideas which makes sense for this girl since pirates are notorious for their crazy sense of style. (Or at least my idea of pirates)

It’s so interesting to see back to back Blythe dolls whose names are synonymous with mixtures or assortment of fashion styles.

The other girl I’m referring to is Neo Blythe Marrakech Mélange, who is expected to come out in February 2015.

I love the Gothic theme of this doll because you rarely see this style with Blythe . . . though I would’ve preferred if Sally was released in October rather than the month of March which is typically when the light an airy season called spring comes around.

The illustration looks excellent, which makes me extremely anxious to view actual images of this pirate gal.

Yo ho ho! Aren’t you excited for the Pirate’s Ball tonight? I’m gonna be dressed in full pirate regalia from head to toe tonight! I’m the captains daughter, I gotta look the part!Sally Salmagundi

Do you like Sally Salmagundi or no? If you could change one thing about this March release what would it be? Leave a comment below!

P.S. Her heart shaped eye patch is too cuuuute for words! and don’t get me started on her big hat, so lovely^^

Love Dolls? If so, stay up to date on the latest doll announcements. Follow us on Twitter by clicking here