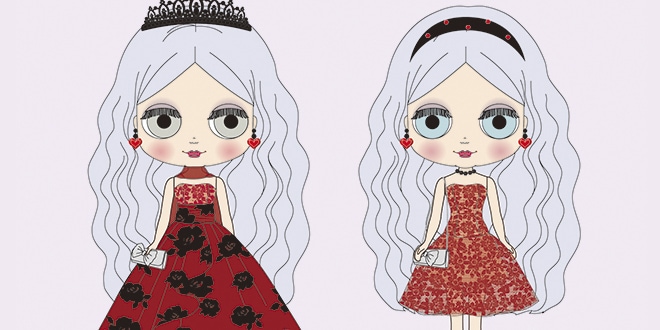 The story behind Stella Serendipitous is that she’s Allegra Champagne’s best friend and is celebrating Allegra’s 15th anniversary.

I’m not certain if this release is considered an Anniversary doll or not but some places are advertising her as Hasbro’s 15th Anniversary Neo Blythe.

From the illustration her outfit appears to be intricate with lace.

Stella Serendipitous grabs your attention with the bold red color and the contrasting black.

Her dangle heart earrings are really cute and I’m curious to see how her hair will look. 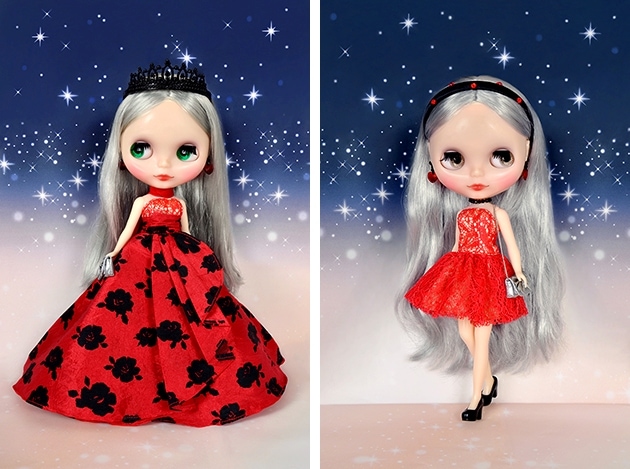 I found the notice on her page quite amusing because CWC emphasized certain text in red:

*This product will be distributed by Hasbro, the license owner of Blythe, throughout the Asiatic regions.

The Junie Moon store (including the web store) has been given exclusive rights to sell this product in Japan.

*This product is a import and thus will be sold at the base price of ￥25,500. Please be advised.

*We will elaborate on how we will sell this product at Junie Moon at a later time.

I suppose the employees anticipate the reaction fans will have regarding this release. 😀

I’m here to celebrate my good friends 15 year anniversary of her career!

Let’s dance the night through with caviar and champagne in hand, and have as much fun as possible!Stella Serendipitous