Join Ruruko this summer as she plies and sautes across the stage!

Petworks is bringing you the 22cm Tutu Ruruko.

She is an adorable pretty in pink ballerina who’s eager to be a part of your doll collection.

Where to Buy: eBay

I kinda wish Petworks would have given Ruruko a workout tracksuit or something on those lines to go with her ballerina outfit.

Now how cute and fun would that be to dress her up in an adorable tracksuit and then remove it to reveal a beautiful child ballerina. (I know Petworks isn’t known for their accessories but a girl can dream of world in which they are).

There is also an exclusive Tutu Ruruko being release in July as well.

You can purchase the blonde version at the International Fashion Doll Convention (IFDC) held in Las Vegas July 8-11. 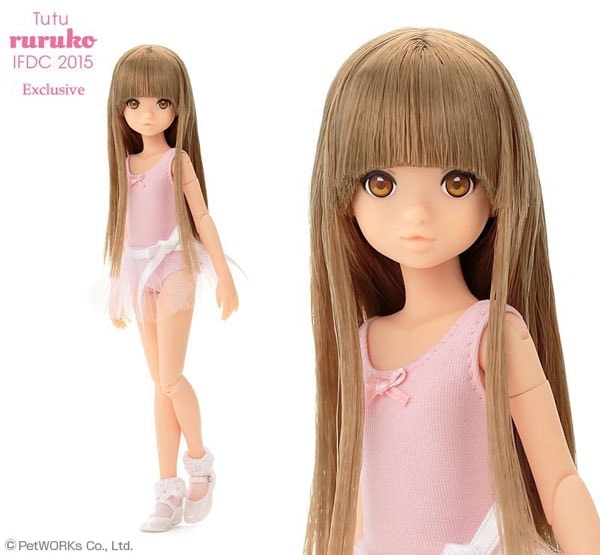 What are your thoughts on Petworks Tutu Ruruko?

Which version do you prefer: Mahogany-Brown or Deep-Ash Blonde? Leave you comments in the box below.