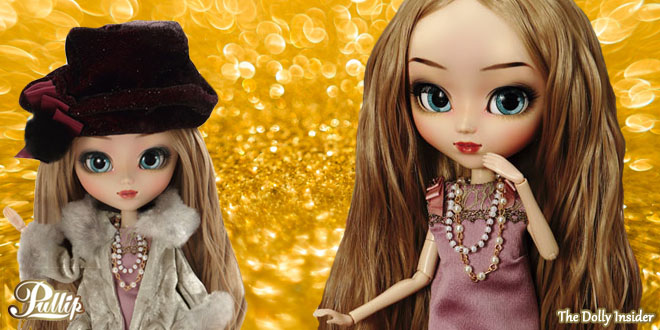 This romantic girl will make December 2016 glisten brightly with her ravishing personality.

Katrina is wearing a vintage inspired outfit that resembles the fashion worn by young free spirited women during the 1920’s period.

The fashion during The Roaring Twenties featured drop waist dresses and the women who wore this new style were known as flappers. 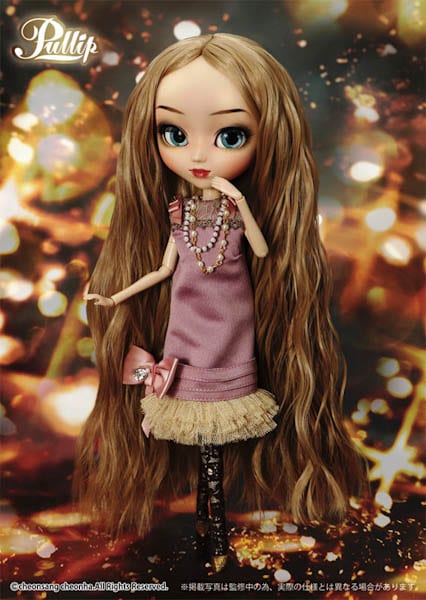 Looking at Pullip Katrina I think she was heavily inspired by the historical era.

Pullip Katrina was announced along with Taeyang ReonHARDT, a dapper young gentlemen who looks pained. 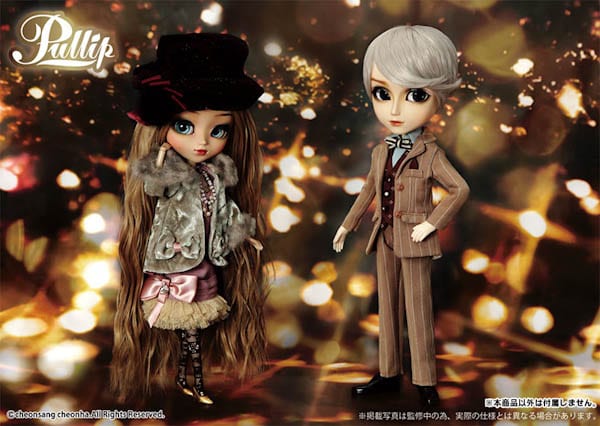 I wonder what the relationship is between the 2.

Is it an unrequited love, hence why ReonHARDT appears melancholy? 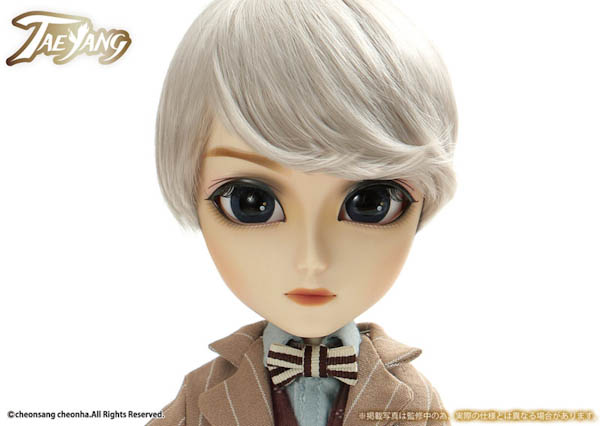 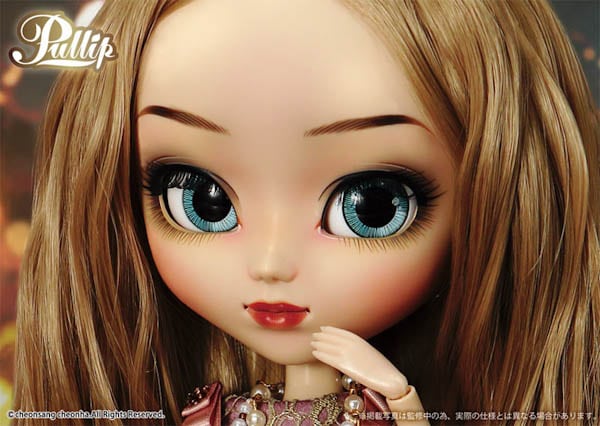 I love her dramatic faceup, it’s been a while since we’ve seen a bold Pullip.

I hope the images are not heavily processed, because this girl will be a winner if her actual release looks exactly like the promo photo.

The auburn gold tones of her makeup is remarkable.

And her prominent eyebrows that gradually changes in color; starts out as light chestnut brown and darkens to a deep almost black tint and finally fades to a golden honey hue is a nice detail.

The jewelry around her neck is super cute, it’s fun to see dolls accessorizing too.

I maybe a bit biased towards Katrina because we share similar names. ^^

People would often mistakenly mispronounce my name, they’d leave out the A.

They would say Katrina instead of Katarina. XD

A few things I would change with this release are her fishnet stockings & velvet wine hat.

To me they’re clashing with the whole feminine & sweet appearance & throw the look off.

Other than those issues, the rest of Katrina looks fab!

What story do you have for Katrina’s & ReonHARDT’s releationship?

What do you like about this release & what would you change?

And will you be spending the holidays with Katrina or will another doll keep you company?