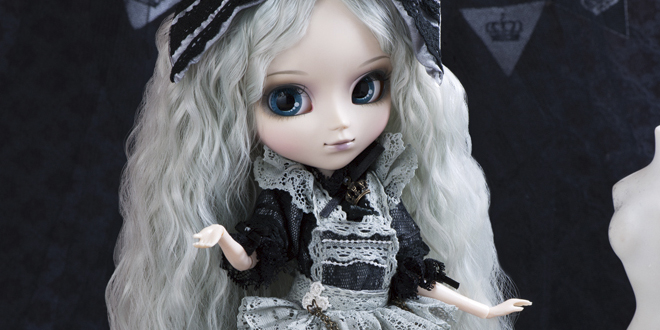 The two original Romantic Alice’s were both released in 2011.

The look of Pullip Romantic Alice Monochrome is similar to the August 2014 release, Pullip Classical Alice Sepia ver who was also sporting the black/white look. 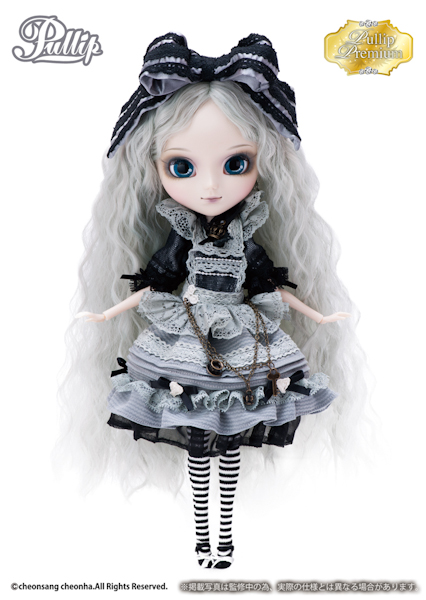 It’s no surprise that Groove would release another version of the popular Romantic Alice, since she is a highly sought after girl.

Romantic Alice Monochrome is a neat concept, the black and white make this girl appear Gothic and moody especially compared to the previous releases who have a sweet/innocent charm about them.

Even without the apron, she looks cute. 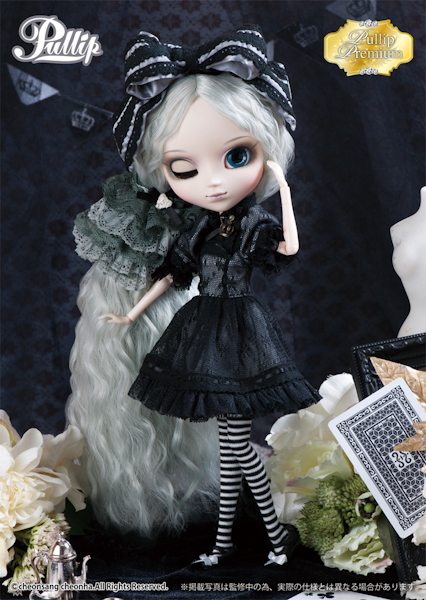 I love her knee high socks and her shoes with the sweet embellishment of white ribbon on them, they add character to her look. 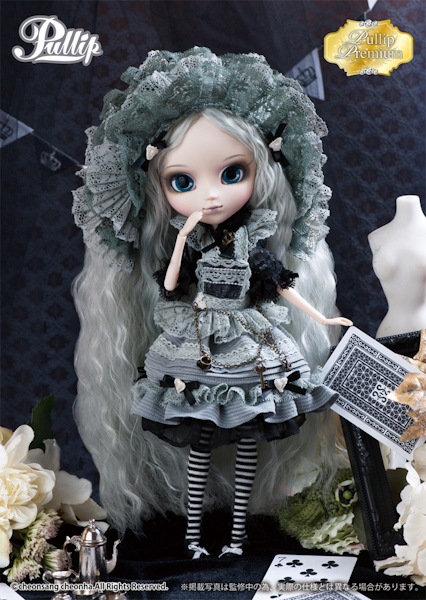 You can expect to bring home this hauntingly beautiful girl May 2016!

What are your thoughts towards Groove’s 2nd Premium Pullip?

Does she hit the mark or does she leave you feeling underwhelmed?