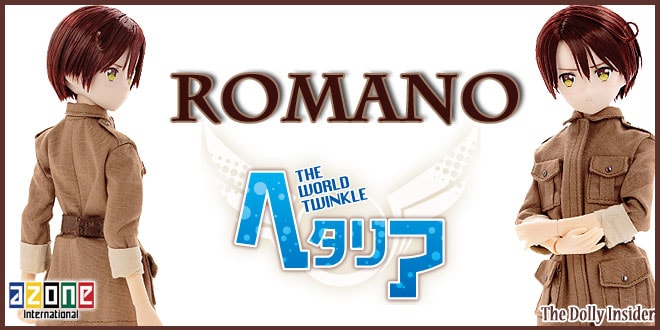 He is the older brother of Italy (North Italy) aww so adorable. 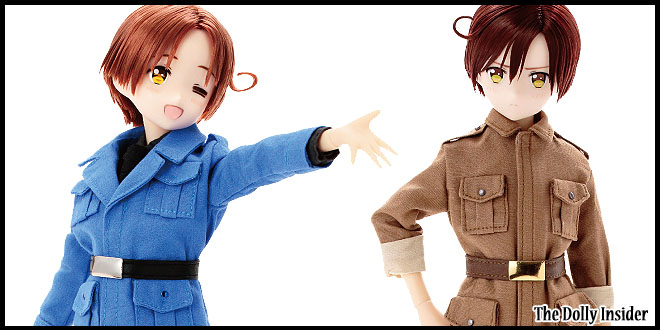 Unlike the previous Hetalia characters it doesn’t’ look like Romano will come with an extra outfit but don’t let that deter you from adding him to your Hetalia collection.

Keep in mind all the fun you will have once your Hetalia The World Twinkle boys are together.

Imagine how entertaining it will be to recreate your favorite Hetalia scenes or the pleasures you will have switching them into different uniforms.

How do you feel about Azone’s transformation of Romano into a doll?

Are you collecting all the Hetalia boys or are you being selective on which boys make it into your collection?

Azone stated America will be next. Do you think there’ll be a 6th boy? If so, who are you most excited to see as the 6th character?