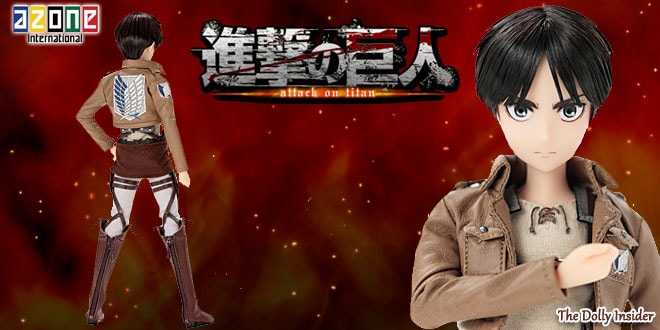 From the popular anime & manga series, Shingeki no Kyojin/Attack on Titan (AOT), comes the 1/6 scale doll of Eren Yaeger!

You can expect him to arrive in your town: December 2017.

About Attack on Titan

It is set in a world where humanity lives in cities surrounded by enormous walls; a defense against the Titans, gigantic humanoids that eat humans seemingly without reason.

The story initially centers on Eren Yeager, his adopted sister Mikasa Ackerman and childhood friend Armin Arlert, who join the military to fight the Titans after their home town is invaded and Eren’s mother is eaten. Wikipedia 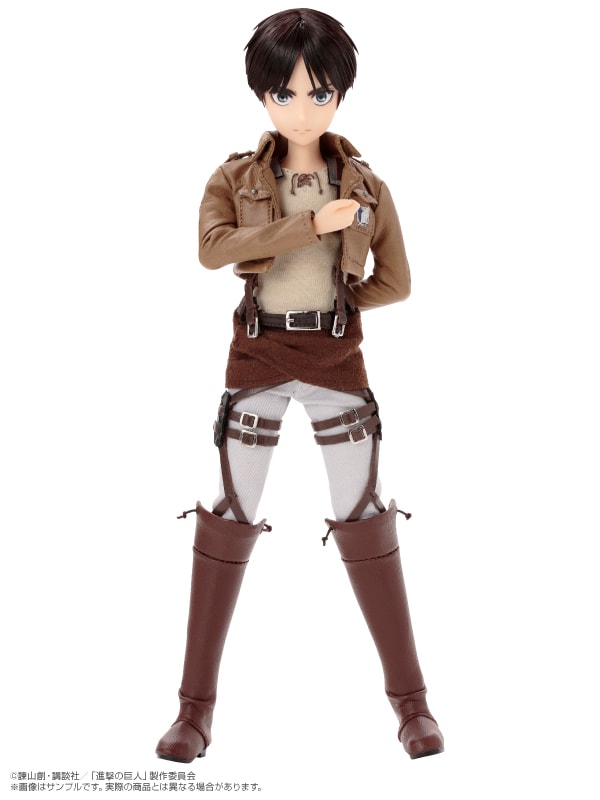 I’m finding it strange how much I’m loving this release.

He’s eyes are so intense.

And the detail in his Survey Corp uniform . . . wow! It’s exactly how it looks in the anime.

I’ve only watched season 1 but I’m itching to get my hands on this 1/6 scale version of Eren.

My brain is in creative overdrive with the possible scenes I could create with my Eren doll.

I would love to make him fly from tree to tree but he’ll need his Maneuver Gear for that (hmm, I gotta figure out how to make one).

And I also picture a miniature town surrounded by a wall and Eren inside defeating all the Titans. (I’ve never built a diorama before so this maybe a bit ambitious for me to do, right now) 😉

But this is what happens when my mind goes into creative overdrive .  .  .  .

Levi will be the next AOT character to join Eren (sorry wallet).

You may remember Dolk Station and the BJD company Immortality of Soul created a 60cm BJD version of Levi.

Azone’s announcement of AOT dolls gives the fans another opportunity to own an Attack on Titan doll.

I hope this Asterisk Collection Series does well. I would love to see a Mikasa Ackerman and Armin Arlert doll.

Will you add Eren to your collection and take revenge against the Titans or will you pass on this release?

Which AOT characters would you like to see Azone transform into 1/6 dolls?

We look forward to chatting with you about Eren and the Shingeki no Kyojin characters.