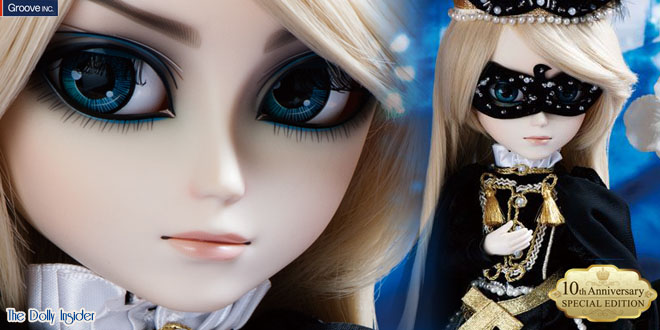 Have You Heard The News?

Taeyang will be celebrating a 10th Anniversary and since 10 years is such a huge milestone it’s only fitting that Taeyang should have a release fit for a star.

October 2016 a dramatic and handsome guy named Taeyang Albireo will make an appearance.

The name Albireois comes from a star found in the constellation Cygnus.

It’s neat to see there’s meaning behind his name for this special release. 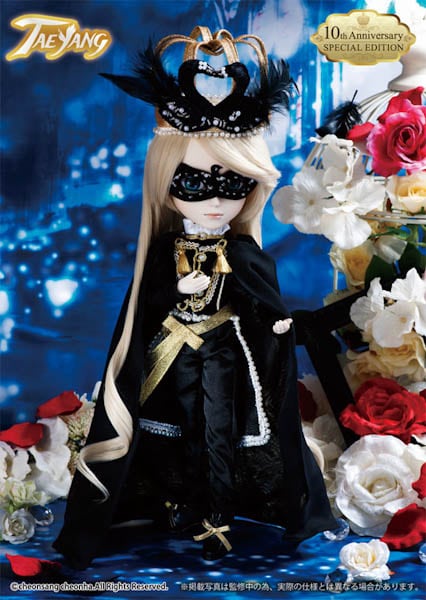 Where to begin with Albireois?

All I can say is that Albireois makes a lasting impression.

From the black and gold colors to his bold black swan crown, he is a boy who makes his presence known.

(I can’t help but chuckle at his swan crown, every time I look at it)

He is a king and we are all so lucky to be in his company.

My favorite trait is Albireois’ eyes, the blue layering is a super cool effect. 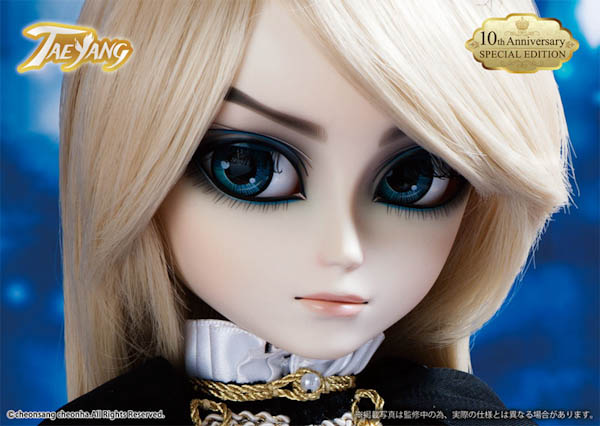 I hope future dolls will incorporate this design.

I wonder what the story is between Albireois & his sister Deneb?

The contrast between Deneb & Albireois is strong.

Is one good while the other has a mischievous side?

Aww the wonderful joys of doll collecting, allowing the owner to create their own story 🙂 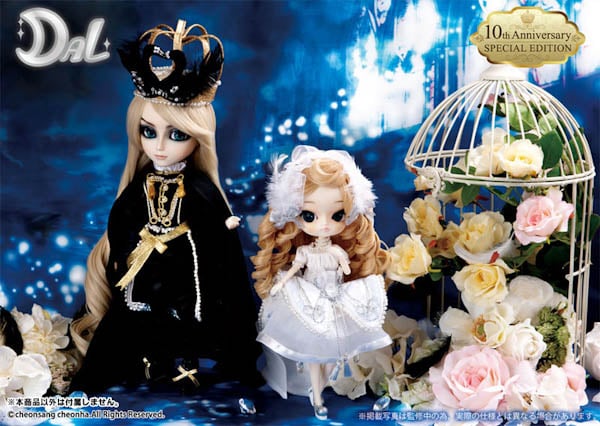 All in all this is an engaging release to celebrates Taeyang’s arrival to the Pullip family 10 short years ago.

Can Taeyang expect your invitation to join him at the ball or will you respectfully decline?

Is Albireois worthy of the title of 10th Anniversary Taeyang?