Coming this winter and presented by Groove, Inc formerly known as Jun Planning is the new Pullip doll for fans to love and enjoy; it’s the sexy, silent assassin Taeyang Arashi doll.

He is part of the Time Trip Ninja Collection being released this winter. The collection also consists of Pullip Akoya, and Dal Katoya.

His motto is: The large sword that I maneuver will slay the enemy in a speed that cannot be seen. It is my calling to protect the lord with this large sword.

This doll stands 14 inches tall. He has medium length brown hair where the front is swept to one side and the back is tied back with a black band. He has smokey mesmerizing blue eyes which he uses to distract his opponents.

Before heading out to fight and protect the lord of the palace, Arashi equips himself with several useful accessories. Since, he is a ninja; he has a black wrap which he uses to conceal his face from his nose to his neck.

He also has protective shields which he places on his shoulder, arms and lower legs. To defend and defeat his opponent he arms himself with 3 lethal spears. And for those who doubt his skills as a ninja and protector of the palace he has his ninja pedigree tattooed on his chest. He is definitely a ninja you do not want to mess with.

Taeyang Arashi is one quick ninja who has a “speed that cannot be seen” so don’t let him pass you by. Add the ultra cool and powerful  Taeyang doll collection today! 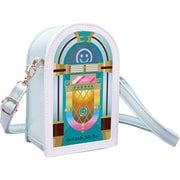