You are here: Home / Archives for Wonder Festival 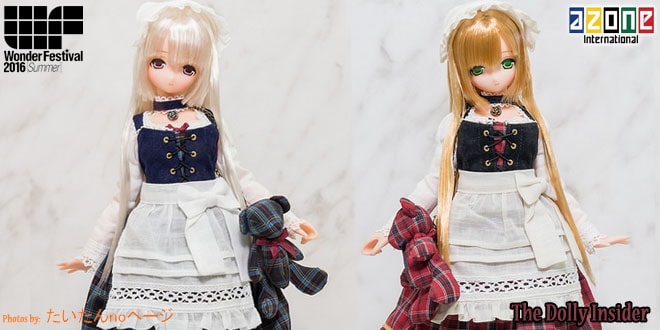 Winter Wonder Festival was held on February 7, 2016 at Makuhari Messewas! Azone once again made there presence known by having large display cases filled with beautiful dolls. And a big announcement relating to Assault Lily was made. It looks like Azone International’s Assault Lily ... Read More

Wonder Festival Winter ( ワンダーフェスティバル2014 [冬] ) was in full swing February 9, 2014 at Makuhari Messe, despite a snow storm. Various figure and doll manufactures showcased their products! The following images are of Azone International’s booth! Can you believe it’s been 10 years since ... Read More

One of my favorite times of the year, has gotta be Wonder fest! The Summer Wonder Festival was in full effect on July 28, 2013 at Makuhari Messe. So many phenomenal figures and of course dollies where on display. Today I will focus on Azone International’s ... Read More

Winter Wonder Festival 2013 was held February 10th at Makuhari Messe. Various figure manufactures where there to showcase their amazing work! The following images are of Azone’s booth: My favorite Azone that I hope to be release soon, is the Utena Doll! (Image number 4-8) I ... Read More