What was your first impression of Yeolume?

Samantha: I first must say that I am very sensitive to smells. In fact, I cannot enter a department store where the perfumes & makeups are because I instantly get sick from all the combining smells.

That being said, my initial impression of Yeolume wasn’t great because the instant she was removed from her box I was hit with an awful odor. It made me sick.

I believe the smell came from the material used to create her body.

So, for the first several days that PullipDollDreams had her, I couldn’t be in the same room with her.

Once the smell finally left her body, I was able to play with her.

She is by far my favorite PullipDollDreams model. And whenever I get a chance to go to photo locations she is the one model I take.

Katarina (Kat): I would have to agree with everything Samantha said, she hit the nail on the head.

My first impression of Yeolume wasn’t a great one either due to the plasticy smell.

Once I aired her outdoors, she quickly became a part of the team.

She definitely is one fun little girl to own. I found it easy to photography Yeolume and I enjoy dressing her in various outfits.

How flexible are her arms?

Kat: When I first saw Yeolume, I thought her arms could only move in two positions: up in the air and behind her.

But after a few weeks of playing with Yeolume, I finally realized that there are actually rods inside her arms. I slowly and gently begin to apply pressure to the rods and voila, I was able to shape her arms however I saw fit.

Samantha: It took us awhile to realize that you can flex Yeolume’s arms to your liking. If you are familiar with the TV show Seinfeld, Yeolume was like the character Sam who never moved her arms while walking (from the episode “The Summer of George”).

During PullipDollDreams earlier photo shoots with Yeolume, she had stiff zombie-like arms because we hadn’t realized we could move them.

Yeolume’s arms feel tough like that won’t move. It’s the rod inside you are feeling. When you bend it, Yeolume’s arms stays in place.

So, don’t be afraid to flex and bend that rod a bit to get the pose you want for Yeolume.

How bendable are her legs?

Kat: Yeolume’s legs are very bendable so much so that, it honestly took me a while to get use to her legs.

For me it was a learning curve because I never owned a doll that didn’t have some sort of leg joint or any definition of the knees.

It was difficult at first to pose her legs the way I wanted to, but eventually I got the hang of it.

Samantha: Yeolume’s legs are very flexible and if you are not careful on how you position her legs they will look really odd like octopus tentacles in your photos.

Be aware of how legs “should” look while creating cute poses for her. Make sure you bend Yeolume’s legs a bit to create the “look” of knees.

How flexible is her body?

I think with these qualities she is the perfect doll to give to younger children because she is not as fragile as Pullip.

Samantha: Yeolume has a very twisty body. She can twist 360 degrees and can bend completely forwards and backwards.

That’s a bit too much for me. She’s too floppy at times, making it a challenge to pose her for exciting photo shoots.

Remain patient and she will eventually stay still long enough for you to get the perfect shot.

What do you dislike about Yeolume?

Kat: I really dislike Yeolume’s feet…they remind me of hoofs. They are really arched too, so it makes it difficult at time to place shoes on her feet. I really wish there where definition in that area.

Samantha: I don’t like that Yeolume’s body and head are very twisty. They each can twist 360 degrees around. I prefer my girls to resemble humans not move like they are Regan Teresa McNeil from the Exorcist movie.

What are your favorite traits of Yeolume?

Kat: My favorite trait of Yeolume, has got to be her hair. I love her hair so much!!!

Normally curls on dolls spell disaster, this is not the case with Yeolume. I just run my fingers through the curls and it instantly reshapes them.

Also her hair doesn’t tangle very often, if it does I spray a little water on her hair and it takes care of it.

Samantha: I love Yeolume a lot. What I really like about her is everything from the neck up. I love the area of her head because it’s what a child of Pullip would look like . . . simply Adorable!

Also Yeolume has a great fun-loving personality. She’s very photogenic, and her tiny size makes it easy for you to carry her around anywhere like in your purse or bag or to the park; any place.

I also agree with Katarina about Yeolume’s appeal to younger collectors.

Since Yeolume’s body is made differently from Pullip, younger doll collectors can “play” with her unlike with Pullip.

And for parents this is great news. Some parents get upset with Pullip (rightly so) because their child becomes frustrated with Pullip because she won’t pose correctly or because Pullip is so fragile & breaks.

With Yeolume that frustration decreases a bit. You still need to take care of her eye mech but she’s a tough girl who likes to play.

Yeolume At The Forth Worth Japanese Garden

Here are just a few images of Yeolume from her adventures at the Forth Worth Japanese Garden! 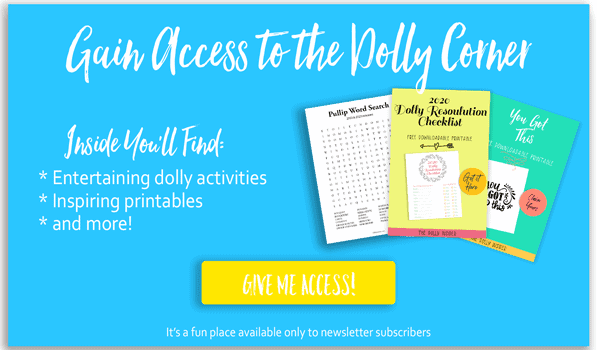