Azone International will be releasing a sister duo EX Cute doll, with their latest announcement of Mio!

Both dolls are extremely cute with their pleated skirts and white collared blouse.

And I can’t forget to mention those marvelous ankle style boots, they are to die for (I really love boots :p) the bow detail on one side of the boot, is a nice added touch. 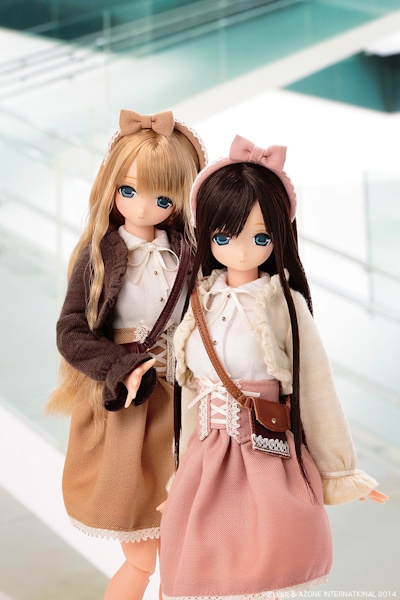 As usual one of these girls is an Azone store limited version T_T (meaning you can only purchase the doll directly through Azone, or on eBay, or even through a proxy service)

Can you guess which darling is the limited version?

Shops in Japan will begin accepting pre-orders for the normal sale version of Mio April 22, 2014.

The limited version will be available for pre-order May 5, 2014 and will be sold at a later date. (Not sure if this 100% accurate but this is what I interpreted, when I Google translated this info)