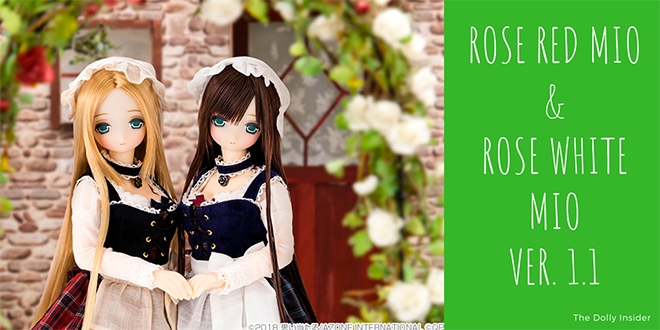 The 2016 Mio, designed by QP for the EX-Cute fairy tale series, is getting an upgrade.

Azone will offer a regular version & an Azonet version of Mio:

Where to Order Rose Red Mio:

Where to Order Rose White Mio:

So much so, that both girls are a part of The Dolly Insider crew.

I don’t know why Azone is doing this . . . I find myself liking this version too.

But I must be strong and not give into dolly temptation.

Luckily, the version I like is the Azonet one (so that’ll be my excuse for not getting her).

What do you think about Azone Rose Red Mio & Rose White Mio ver 1.1?

Will you add the 1.1 versions into your collection?

I look forward to chatting with you.